Broadly, statistics is concerned with collecting and analyzing data. It seeks to describe rigorous methods for collecting data (samples), for describing the data, and for inferring conclusions from the data.

Mean and Median uses to measure central tendency of a dataset.

The mean can be sensitive to extreme values (outliers), which is one reason the median is sometimes used instead.

The central value in the dataset, e.g.

If there are even number of values, you just take the value between the two central values:

Variance and Standard Deviation measures the spread of your dataset.

The Variance is defined as follows,

Standard Deviation is the squared root of Variance. Standard Deviation is a measure that is used to quantify the amount of variation or dispersion of a set of data values. A low standard deviation indicates that the data points tend to be close to the mean of the set, while a high standard deviation indicates that the data points are spread out over a wider range of values. 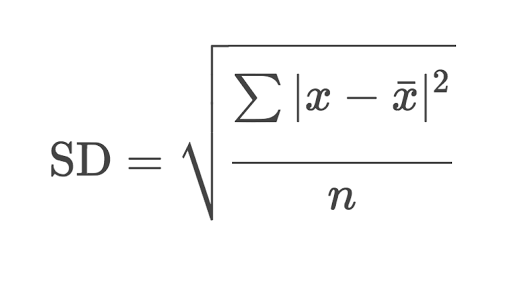 NumPy is the fundamental package for scientific computing with Python.

Which will install NumPy for Python3. Checkout Getting NumPy if you have any trouble.

NumPy has a lot in-built statistical functions. Now we are gonna use NumPy to calculate to Mean, Median, Standard Deviation and Variance.

The above program performs basic statistical methods on a sample dataset.

Now we are gonna write a program to perform basic statistical methods on real life dataset. We will use salary data of 1147 European developers. We have this dataset in a file named salary.txt